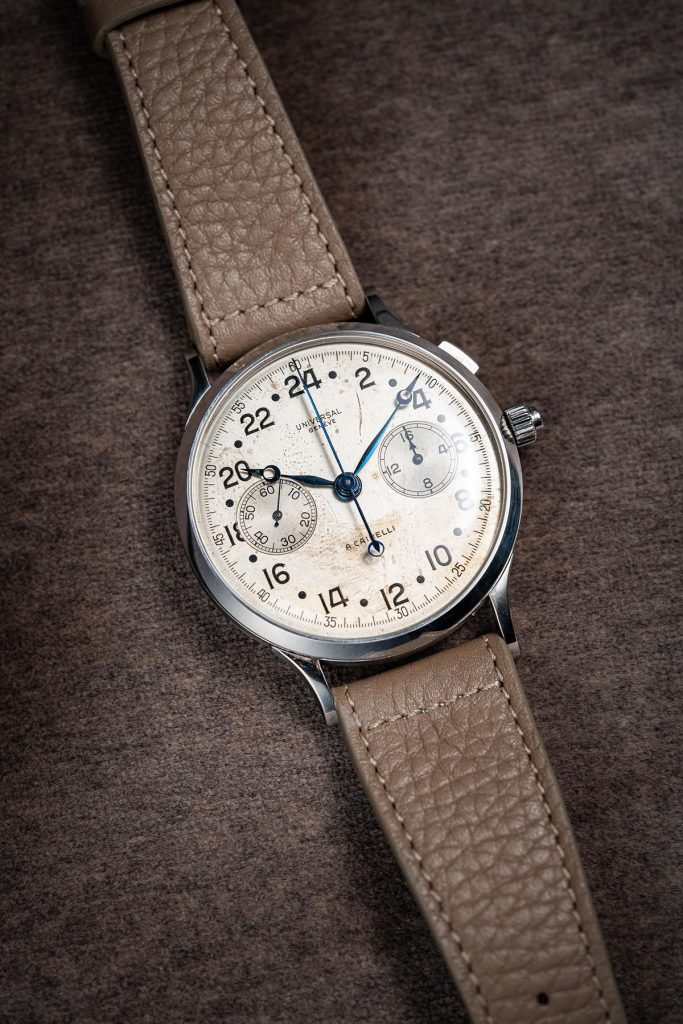 As Phillips’ said “In the hierarchy of collectible Universal Geneve wristwatches, the present split-seconds chronograph occupies the very top position in terms of rarity, desirability and importance”.

Universal Geneve was considered to be among the finest watchmakers of the first decades of the 20th century, and it’s easy to understand why. Manufactured in the 1950s on the requirements of the Italian Air Force, the dial displays an unusual 24-hours time, as used in the military.

The split second movement is based on a modified Valjoux 55, cased in an enormous 44.5 mm case, for ease of readability during combat missions.  Imported by the Italian dealer "A. Cairelli", it’s believed to be produced in not more than 50 pieces.

An incredibly rare find, it’s made even rare by the immaculate conditions of the case. 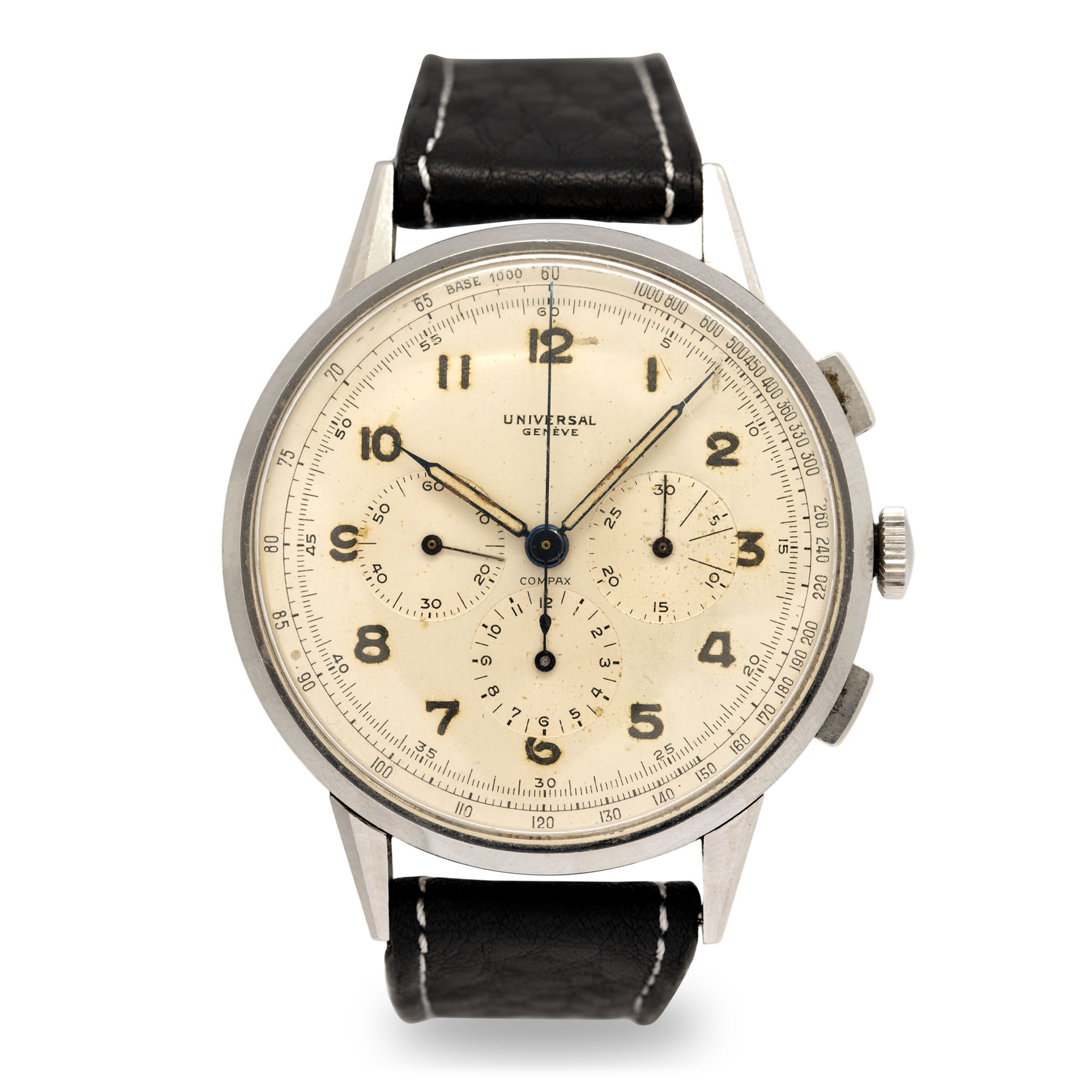 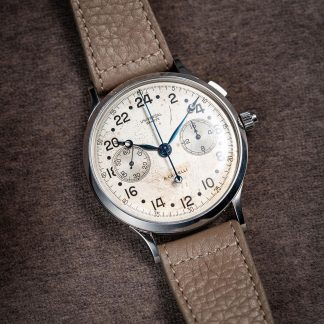