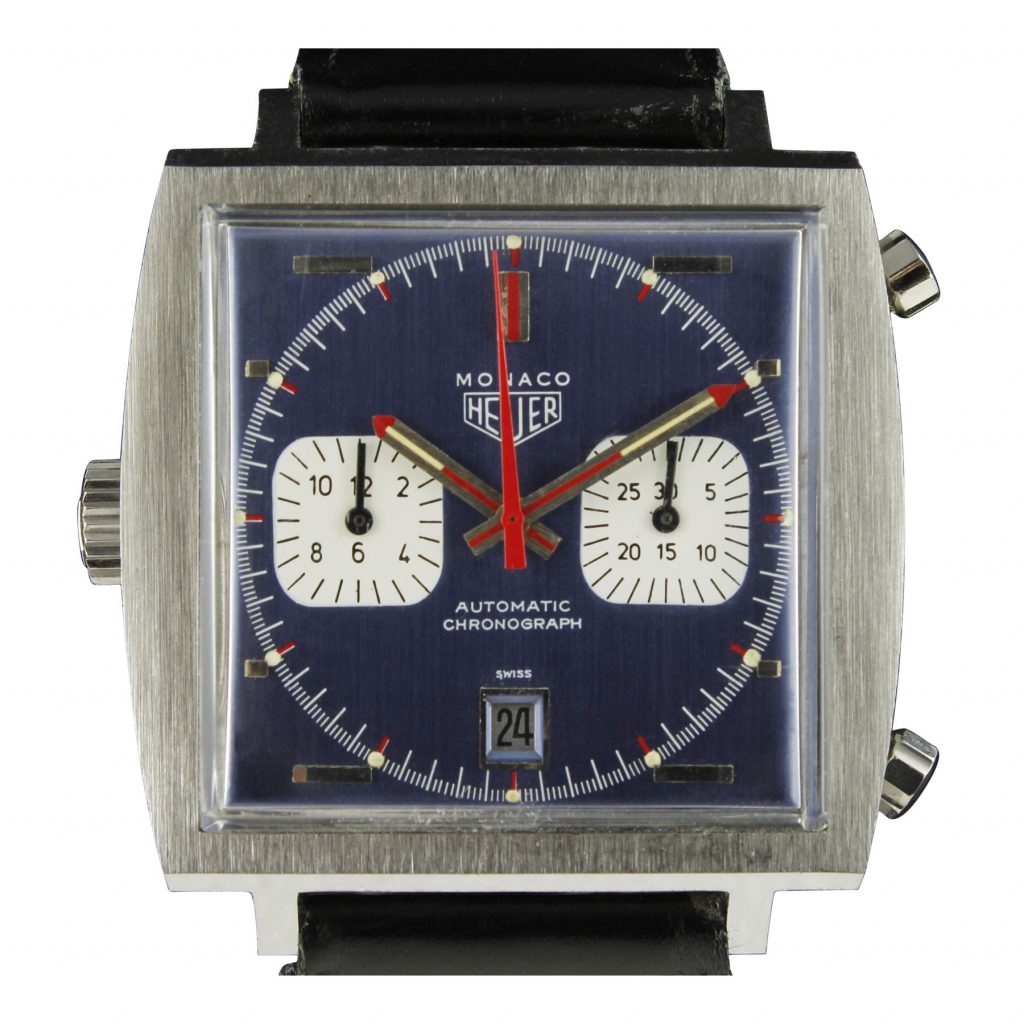 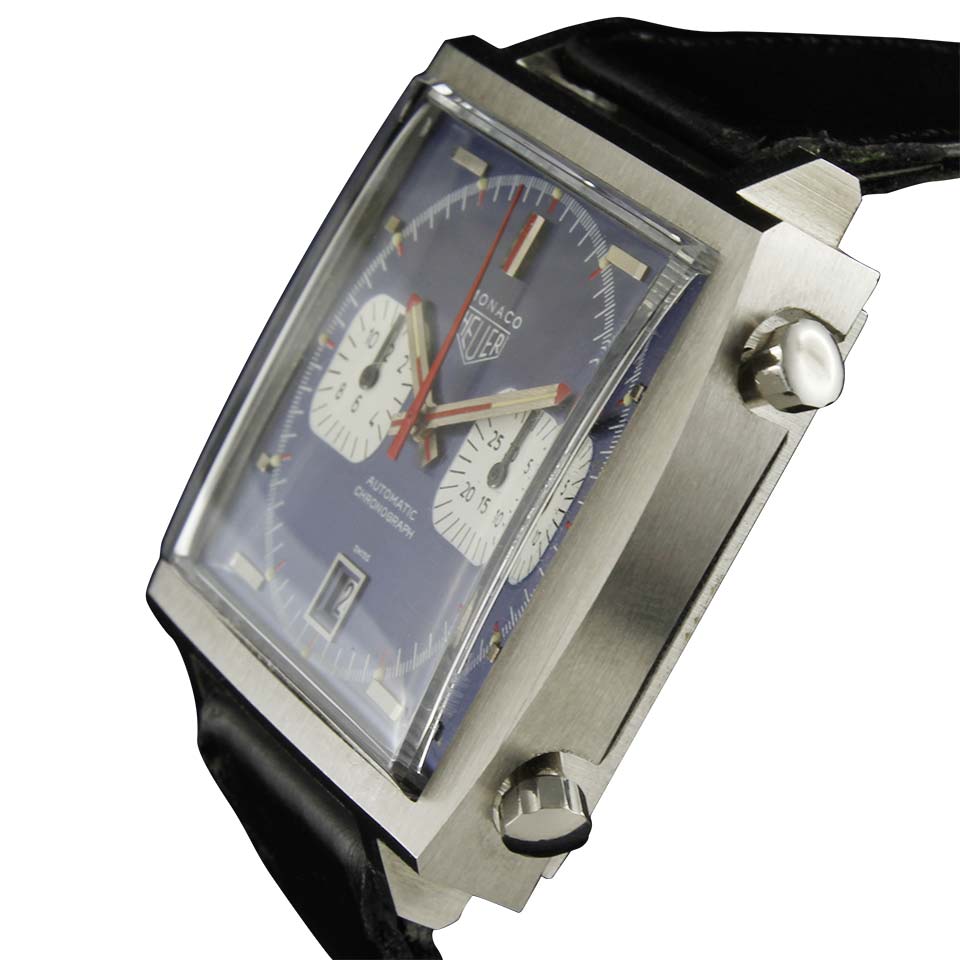 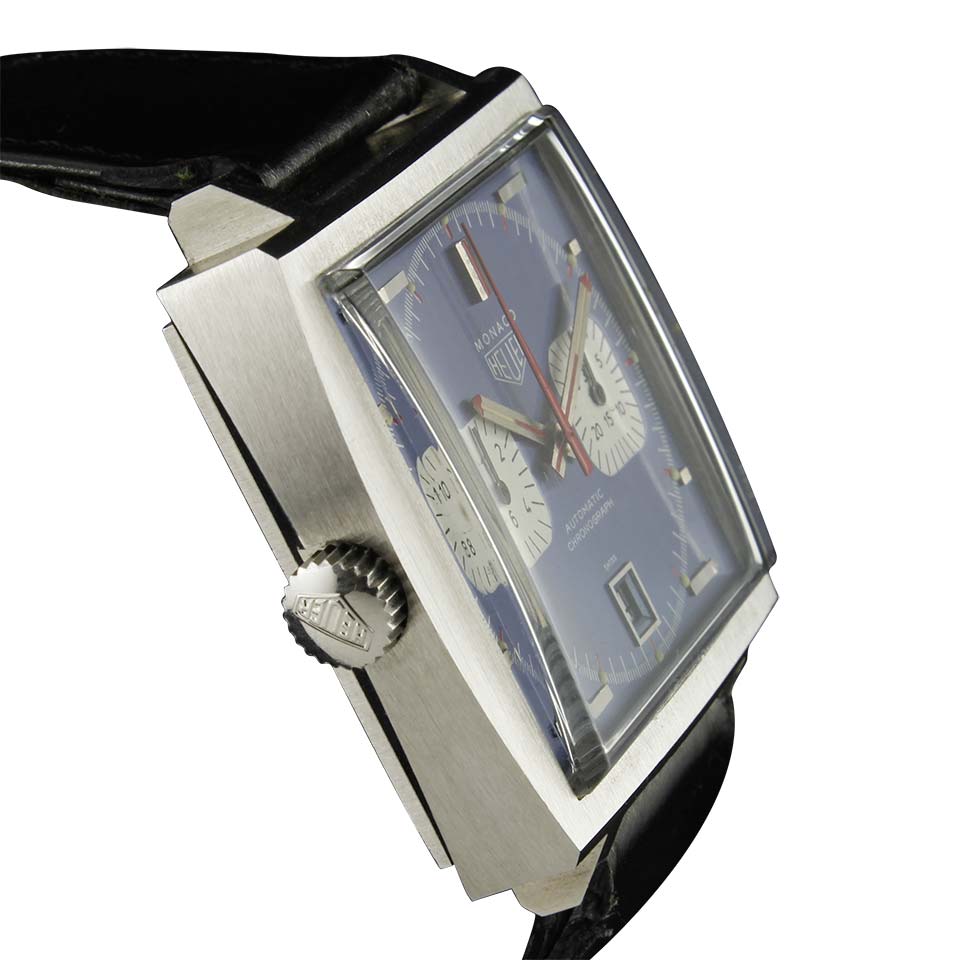 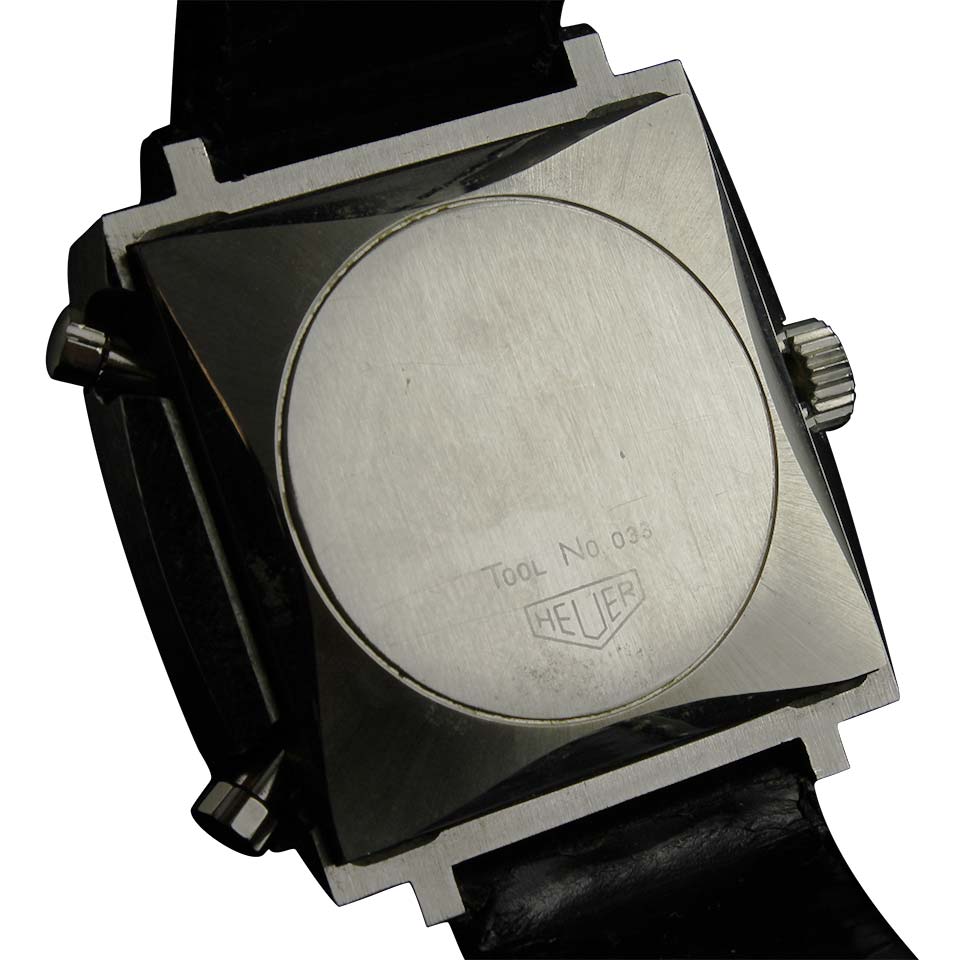 Launched in 1969 the Heuer Monaco was one of the first automatic chronograph on the market and the pinnacle of design and technology of that time.

This square-shaped wristwatch was named Monaco after the initial development, just thanks to the Formula One racetrack.

Despite the starting notoriety, the worldwide fame came when appeared on Steve McQueen wrist during Le Mans film shooting in 1971.

The iconic design and dial colours combined with the innovative self winding 11 caliber shortly made the Monaco the most sought-after and notorious watch from the maison.

The present iteration, sporting a second series blue dial, is preserved in museum-condition, with no scratches or damages on the case that still retains all the satin/polished original surfaces.

A true grail for all sport watch lovers! 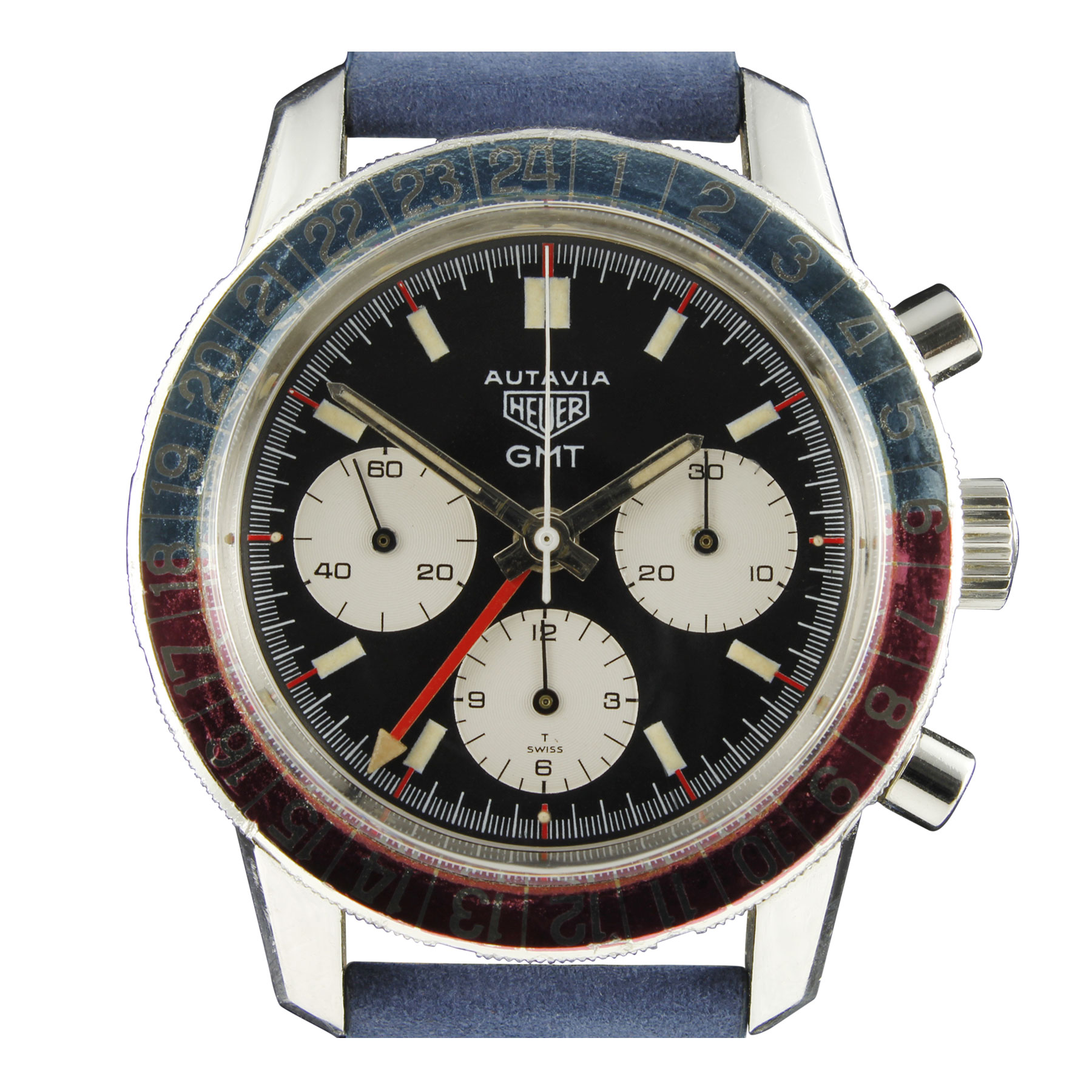 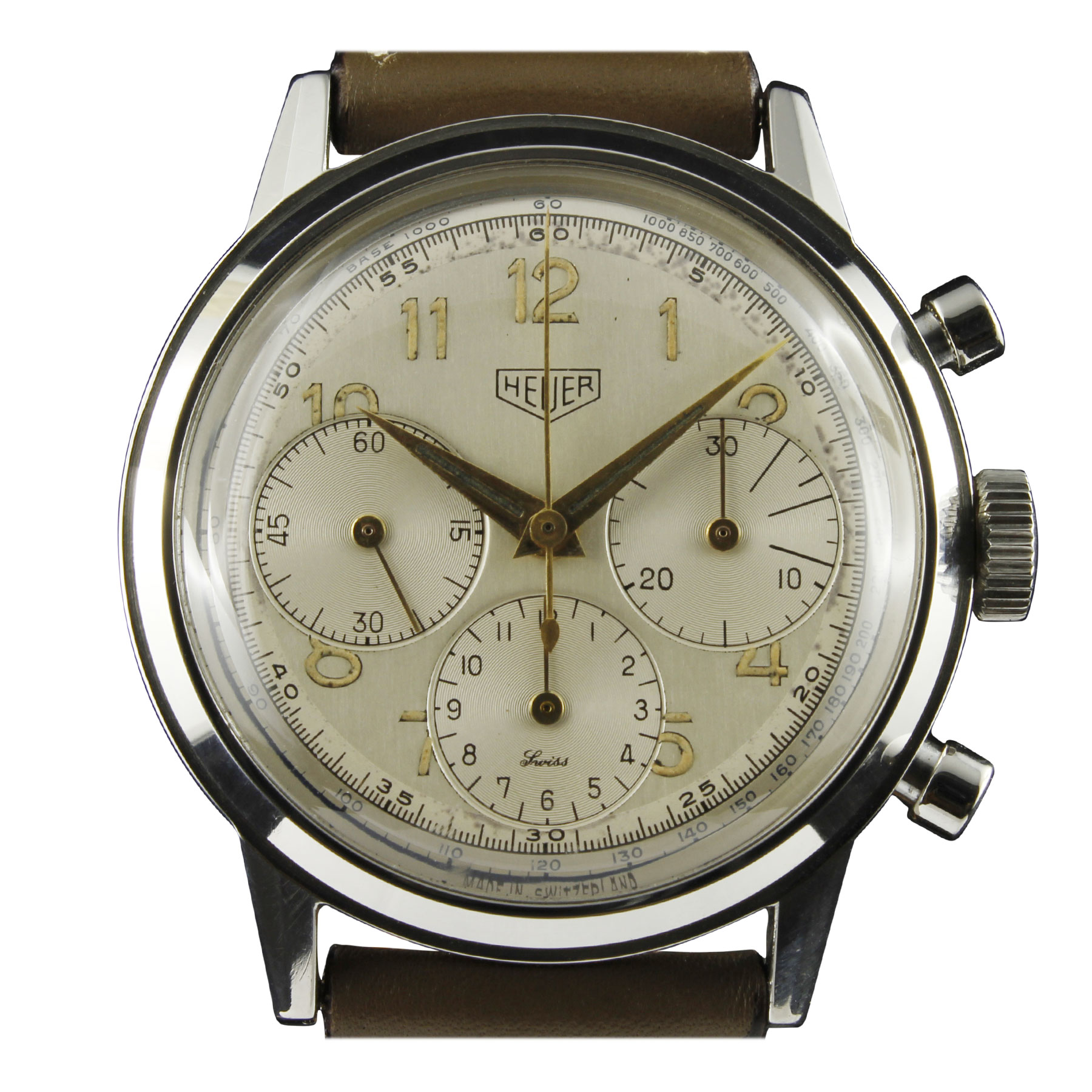 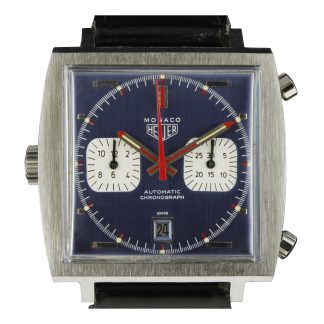