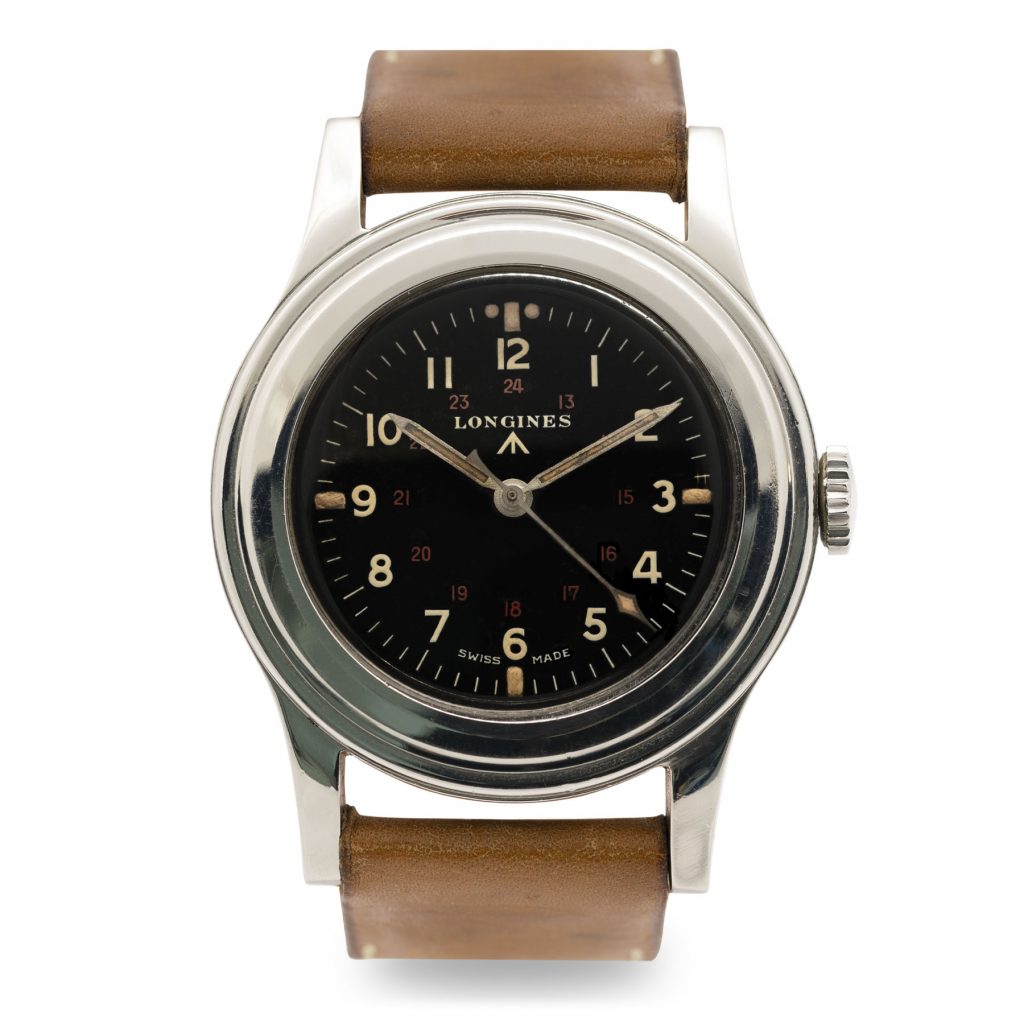 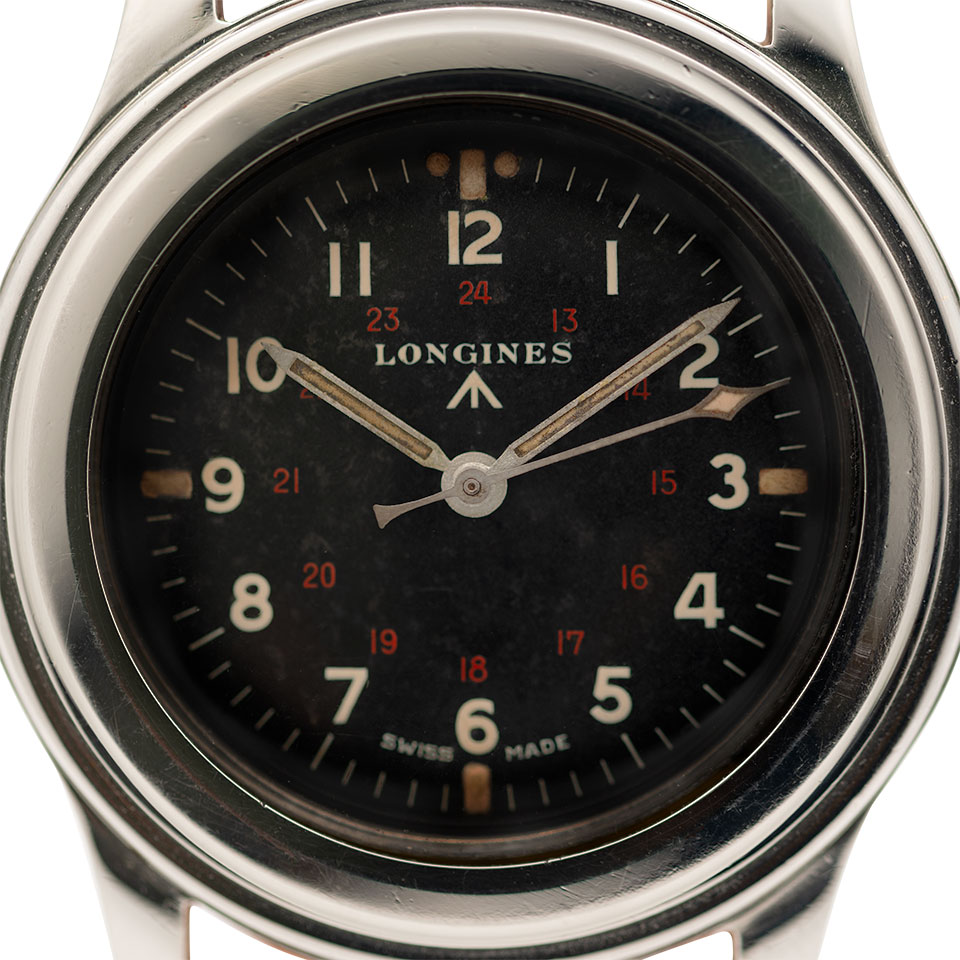 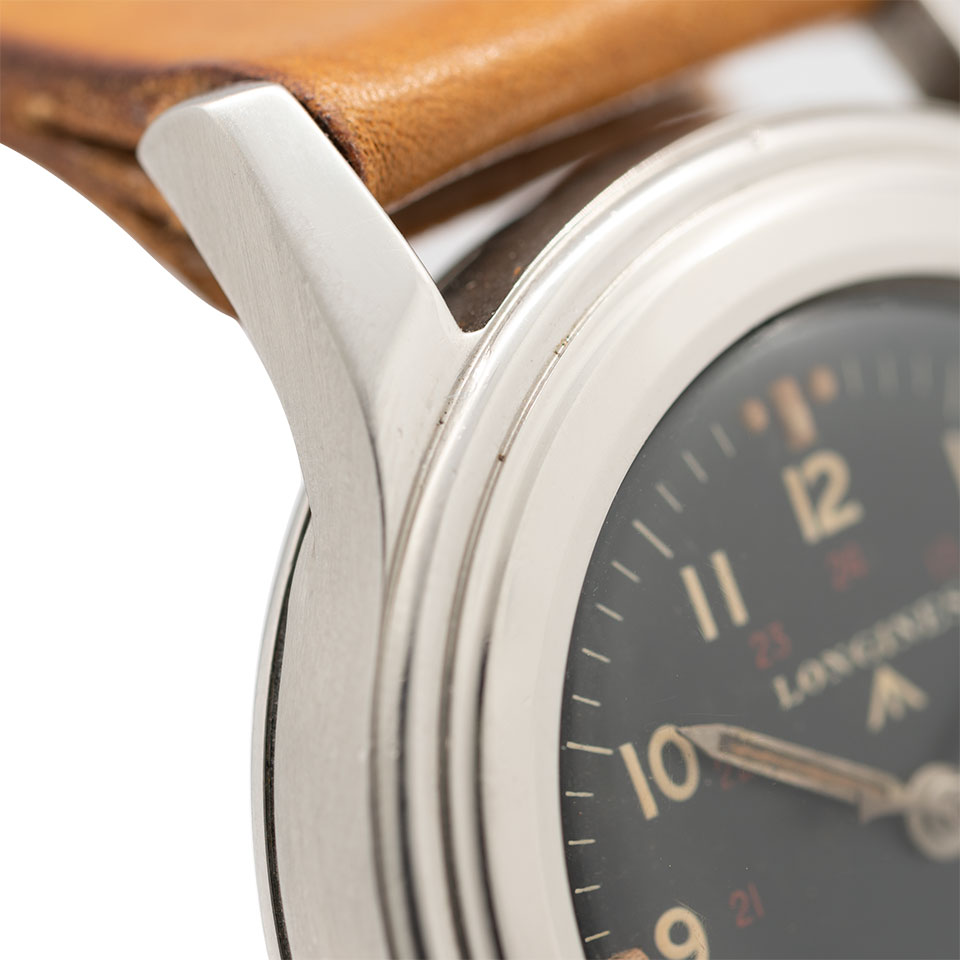 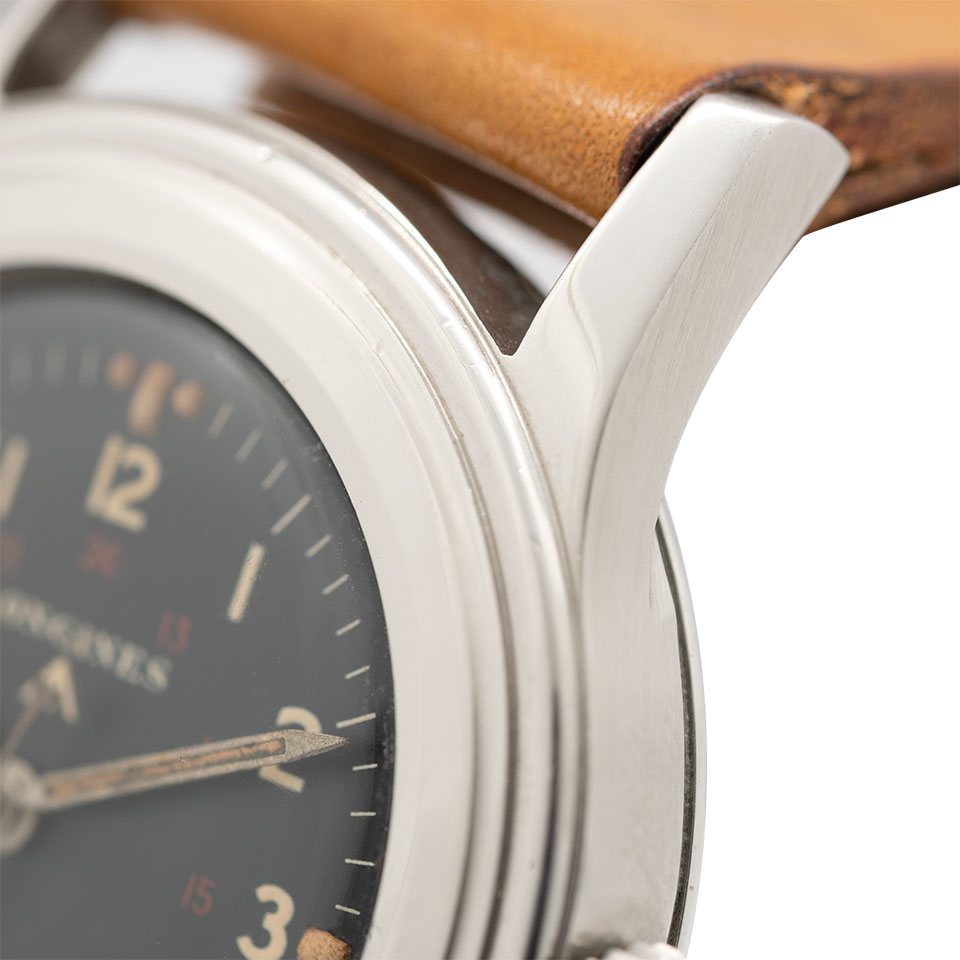 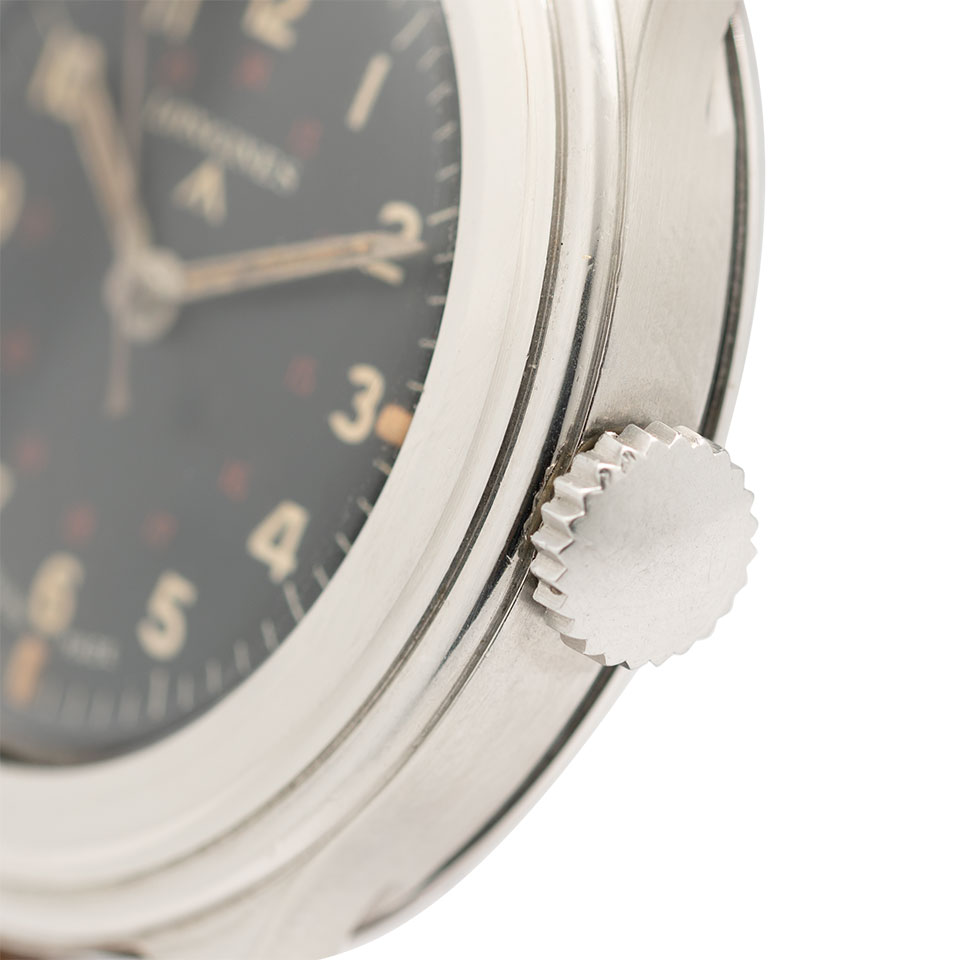 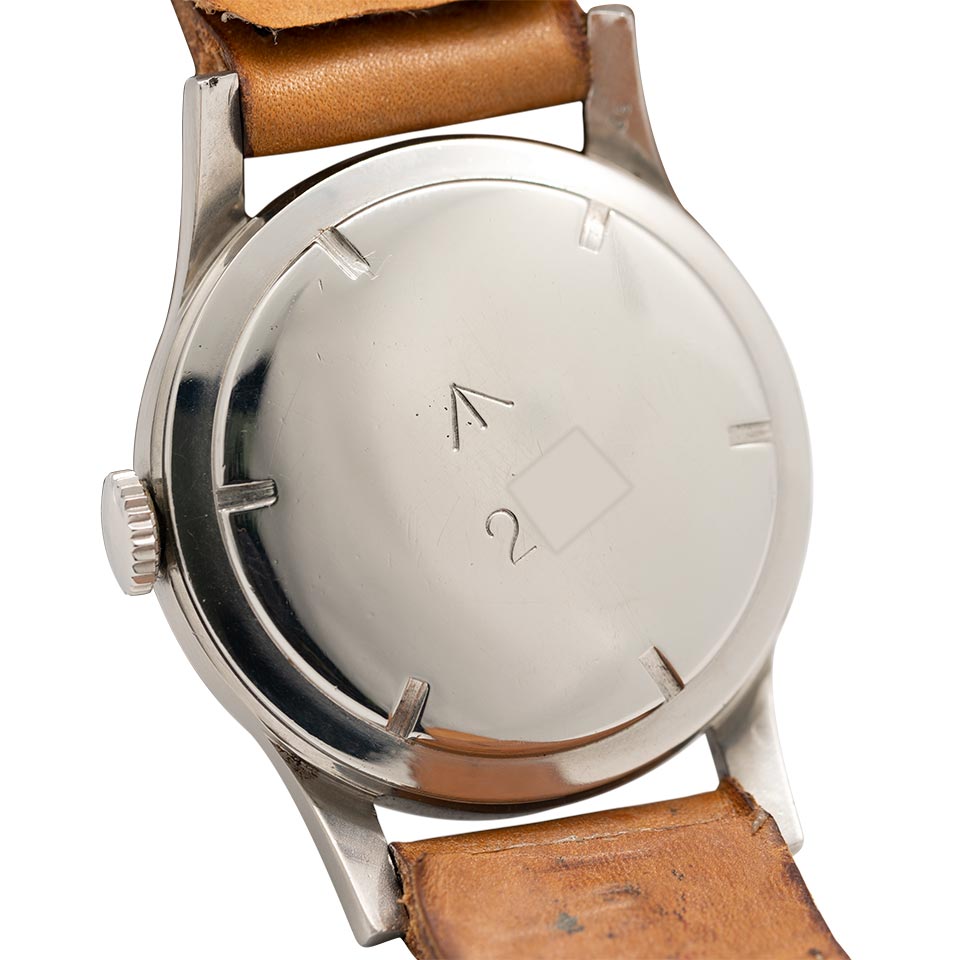 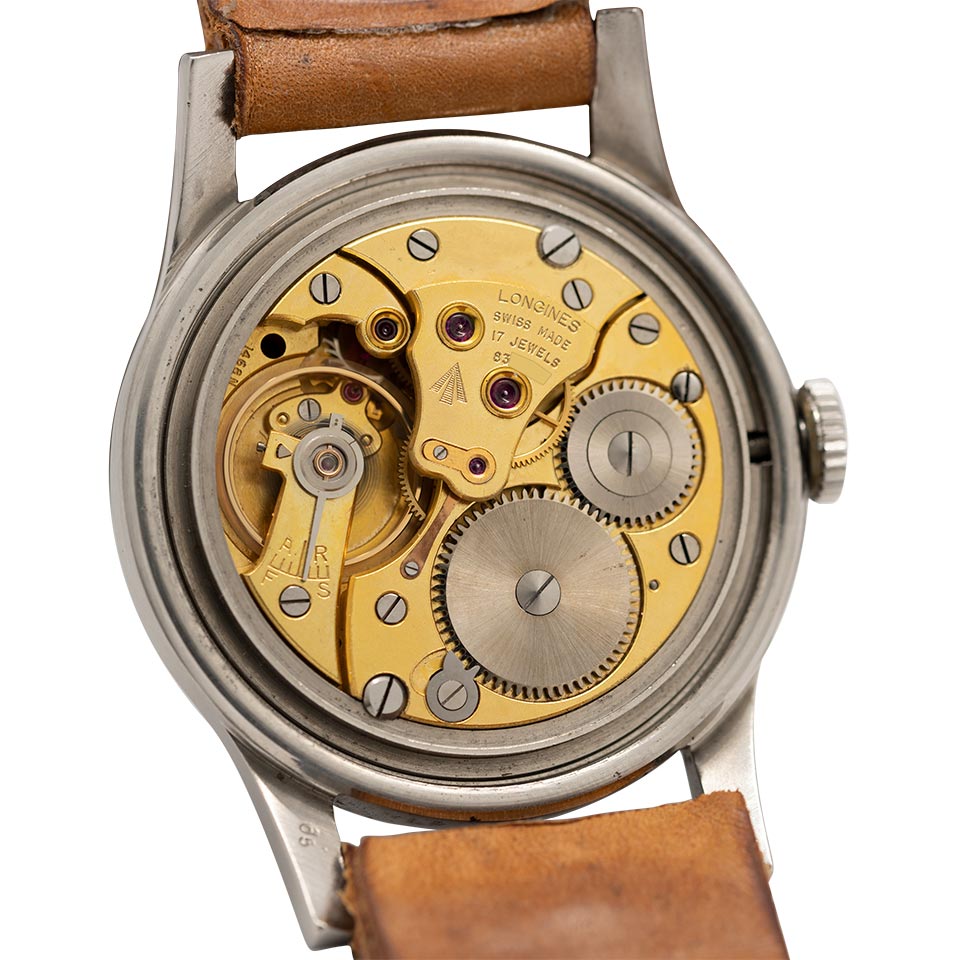 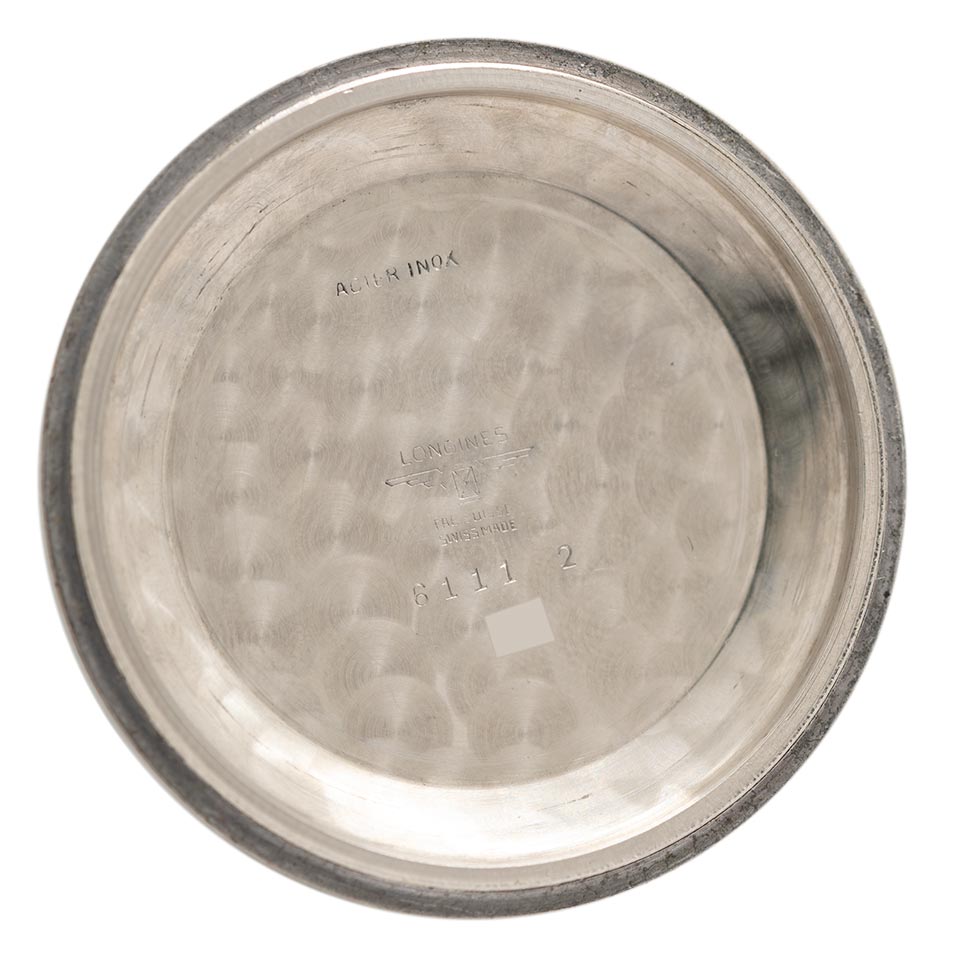 Military watches are among the most fascinating items you can come across.

They are not only a matter of aesthetic or technic, they also bring the history of the tasks its original owner has accomplished.

Military timepieces often share common features, like the large diameter of the case or the highly leigible dial.

Today we present you what is maybe the king of this category, the Longines Big Indian reference 6111-2.

The name is related to the fact that it was used in India by RIAF's pilots and then, after the Indian independence by the IAF.

The look of the Big Indian is really impressive with a massive 44mm steel case, assigned back and large black dial with radium numerals.

Our example belongs to the the second and last series showed by "-2" in the reference and was presumably sold in the early 50's.

The main difference between the two series is the movement, 15.68N for the first one and 14.68N for the second with the addiction of the stop seconds sistem.

A very limited production run of only 100-200 first series and 200-300 second series added to the difficult conditions in which they were used makes this an unbelievable collecting value. 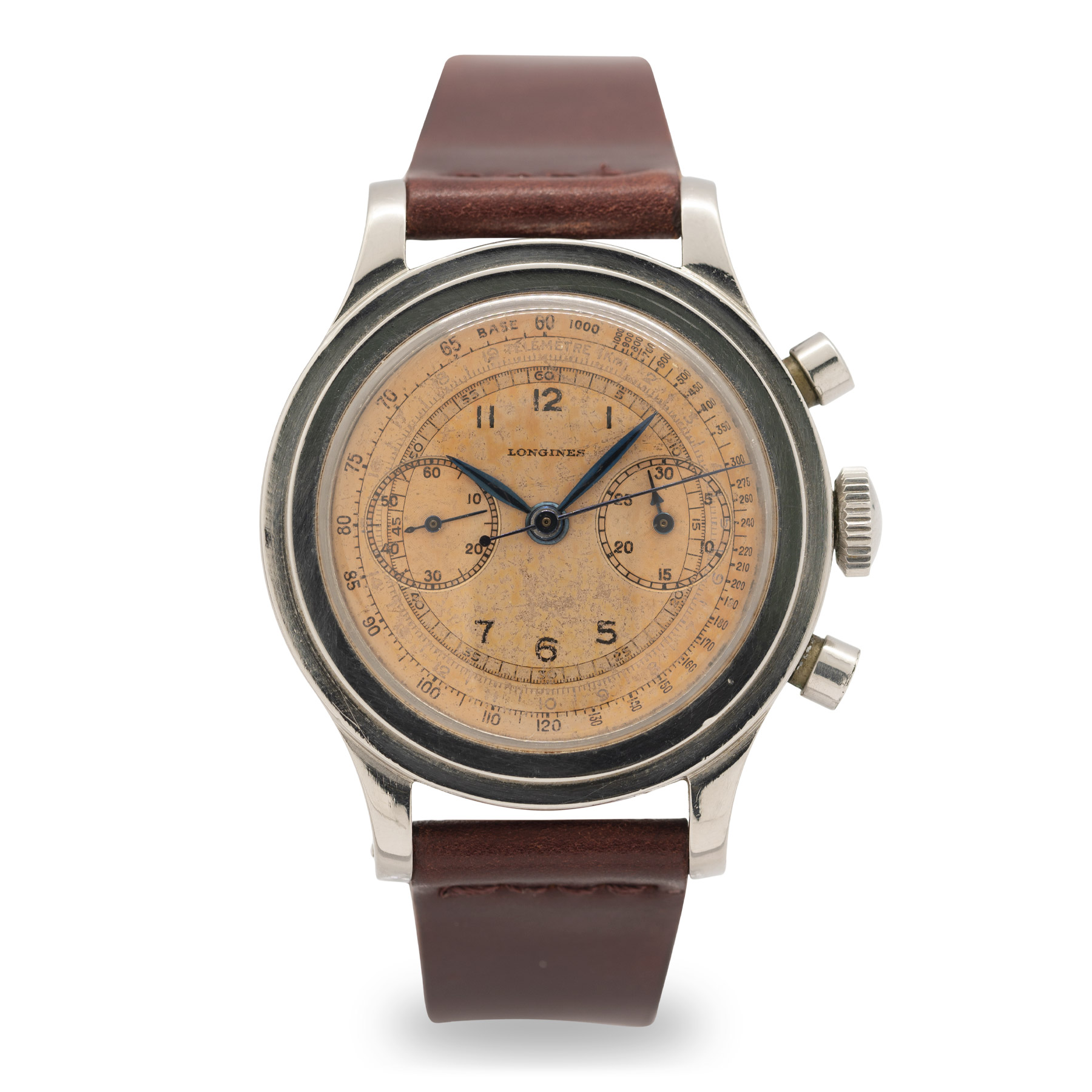 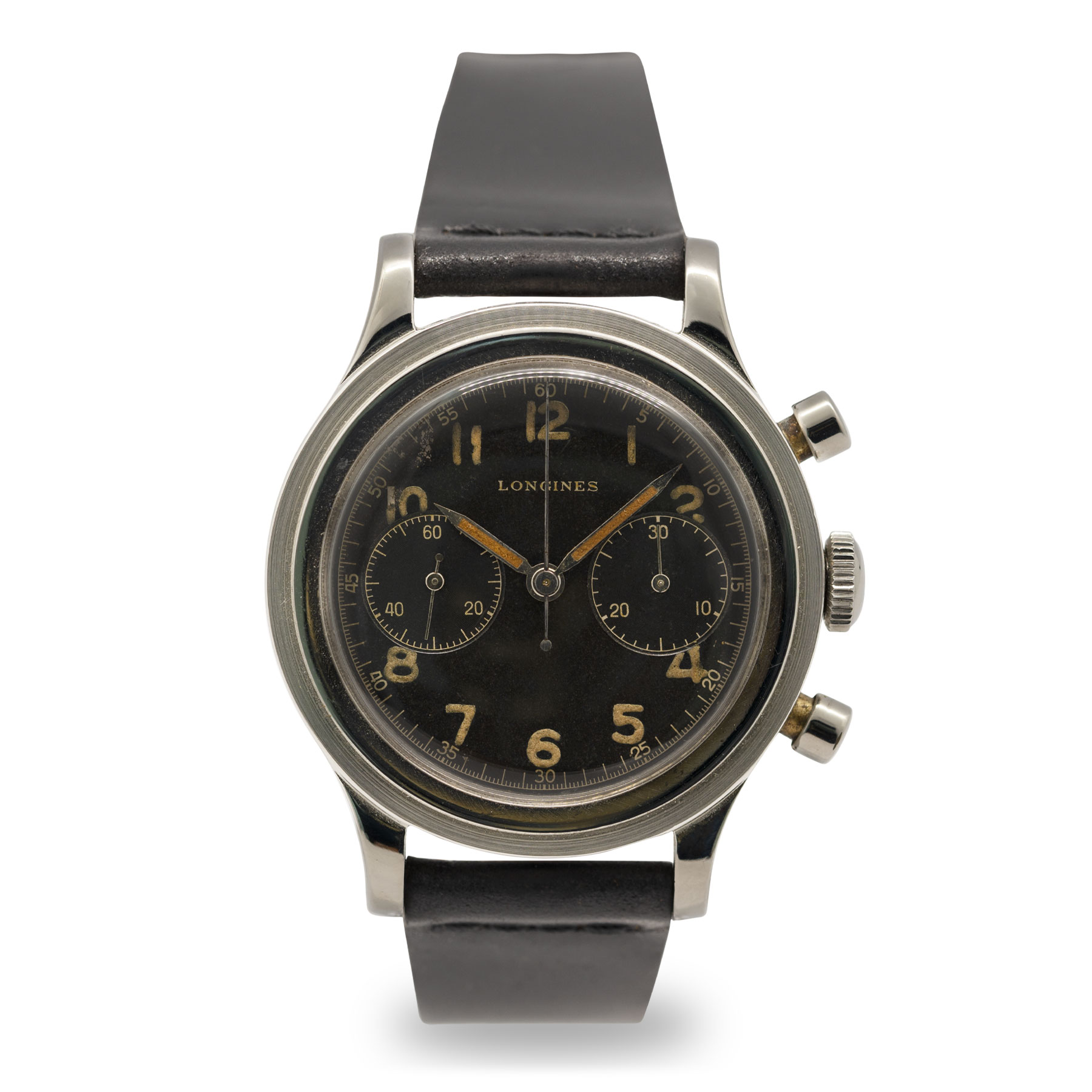 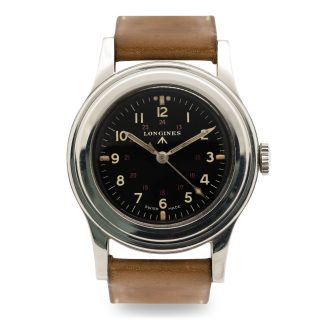